YORK: With 86,852 New IRS Employees, the 'Inflation Reduction Act' Is a Ruse for Previously Gullible Voters 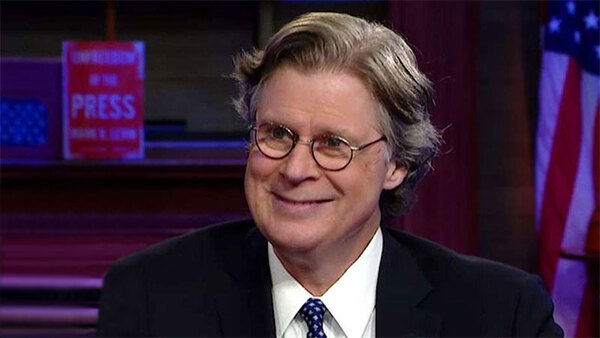 Columnist Byron York by N/A is licensed under N/A

You've probably heard Republicans say the Inflation Reduction Act -- the massive spending bill just passed by Senate Democrats -- includes provisions to hire 87,000 new Internal Revenue Service agents. The number seems too big too believe. The IRS has just 93,654 employees, according to the Office of Personnel Management. Why would Congress, in one bill, increase the IRS workforce by something like 92%? It doesn't seem possible. It certainly doesn't seem wise.

It's not wise, but it is possible. And that is what 50 Senate Democrats, along with tie-breaking Vice President Kamala Harris, did when they passed the Inflation Reduction Act, which gives roughly $80 billion to the IRS between now and 2031. (The name, "Inflation Reduction Act," was a ruse to convince gullible voters that Democrats are actually doing something about inflation; the bill itself is made up of expensive climate measures, plus prescription drug provisions, tax increases and the initiative to increase IRS enforcement.)

The Inflation Reduction Act is the slimmed-down version of the even more massive Build Back Better bill, which failed earlier this year due to the opposition of Democratic Sen. Joe Manchin. We know a lot about the IRS provisions of the new bill because the same provisions were in Build Back Better, which the administration extensively promoted. That's where the 87,000 figure came from. In May 2021, the Treasury Department produced a 22-page analysis of Build Back Better, and in supporting tables, the document said the bill would add 86,852 FTEs, or full-time equivalent employees, to the IRS between now and the year 2031. Do a little rounding, and there's the 87,000.

It's fair to say that Democrats are always searching for ways to wring more cash out of the American taxpayer. The obvious way to do that is to raise taxes. But the largest number of potential tax collections is in the vast middle of the U.S. income scale. To raise taxes on the middle class is politically unpopular. So Democrats pledge to raise taxes on the "rich" and "rich corporations." The Inflation Reduction Act focuses on corporations, creating a minimum tax for companies with more than $1 billion in profits.

The other way Democrats have sought to raise more taxpayer dollars is by beefing up the IRS. The idea is that Americans are evading all sorts of taxes, creating a "tax gap" -- according to the Treasury Department, "the difference between taxes owed to the government and actually paid." The Biden administration says tax cheats are primarily "high-income." "In order for the IRS to appropriately focus enforcement scrutiny on high-income taxpayers and the businesses they own -- which research has shown is the primary source of the tax gap -- its budget must be replenished," the Treasury Department says.

The problem is what the problem always is: The big money is in the big middle class.

And indeed, that's where much of current IRS enforcement is focused. The same will likely be true of the new, muscled-up IRS.
"The main targets will by necessity be the middle- and upper-middle class because that's where the money is," the Wall Street Journal editorial board wrote recently.

"The Joint Committee on Taxation, Congress's official tax scorekeeper, says that from 78% to 90% of the money raised from under-reported income would likely come from those making less than $200,000 a year.

In any event, there will be a lot of increased enforcement; about $45 billion of the $80 billion for the IRS will go to investigating taxpayers. That means that not every one of the IRS's 86,852 new employees will be auditors and examiners, but a lot of that manpower will in fact go to audits and increased scrutiny of taxpayers. Many of the targeted taxpayers will have to hire accountants to represent them in dealings with the IRS.

Why oppose such a move? After all, Democrats are assuring the public that the money will go to pursue "wealthy tax cheats," in the words of Sen. Ron Wyden. "Wealthy tax cheats are ripping off the American people to the tune of billions and billions of dollars per year," Wyden said last year, in support of Build Back Better's IRS provisions. Who is not in favor of going after wealthy tax cheats?

Also -- assume the IRS does, in fact, need more money for enforcement. How much is too much? It can be difficult for an organization to handle a huge windfall; it's just too much to deal with efficiently. And that is what, it appears, Democrats have done to the IRS. Last year, when the Build Back Better provisions were being debated, The New York Times interviewed John Koskinen, who headed the IRS under Presidents Obama and Trump. "Koskinen ... said he thought the $80 billion being proposed by the Biden administration might be too much," the paper reported.

"The suggestion was surprising coming from someone who lamented loudly that the agency was being starved when he was in charge. 'I'm not sure you'd be able to efficiently use that much money,' Mr. Koskinen said in an interview. 'That's a lot of money.' Mr. Koskinen said he thought an extra $25 billion over a decade would help bring the IRS budget back to where it was around 2010 ..."

The $80 billion to the IRS is too much, too fast, with too little purpose. All Americans should be concerned about it.

Byron York is chief political correspondent for The Washington Examiner. For a deeper dive into many of the topics Byron covers, listen to his podcast, The Byron York Show, available on the Ricochet Audio Network at ricochet.com/series/byron-york-show and everywhere else podcasts are found.

Columnist Byron York by N/A is licensed under N/A