ABBOTT: NYC & DC Mayors Now See that Texas' Border Crisis is Real – They Should Call on Biden to Stop It 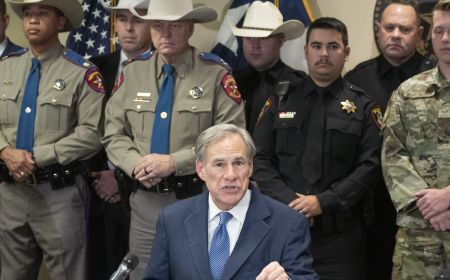 Gov. Greg Abbott speaks during a May 27th, 2021 Press Conference to provide an update on the state’s effort to Secure the Southern U.S. Border to prevent the smuggling of drugs & narcotics. by N/A is licensed under N/A

AUSTIN, Texas (Texas Insider Report) — Last week, I formally invited the mayors of New York City and Washington, D.C. to Texas’ southern border to see firsthand the situation that Washington’s Mayor Muriel Bowser recently described as a humanitarian crisis. She has emphasized that the flow of migrants into her city is a "federal issue that demands a federal response."

Finally, something reasonable from a D.C. official.

President Biden’s irresponsible open border policies have invited record-high numbers of illegal immigrants and transnational criminal activity directly into communities, not only in Texas but across the nation.

As governor of a southern border state, I have had to deploy unprecedented amounts of state resources – including more than $3 billion over the past 18 months – to the Texas National Guard, the Texas Department of Public Safety, as well as local partners to help address the president’s national security failure and ensure the safety of Texans.
In response to the Biden White House’s unconscionable disregard for the southern border, Texas launched "Operation Lone Star" in March 2021 in partnership with these state agencies to protect Texans in communities. Thousands of deployed troopers and guardsmen are utilizing air, ground, and tactical border assets to combat Mexican drug cartels and other criminals who smuggle drugs and people into the U.S.

As of late July, the mission has led to more than 290,000 migrant apprehensions, and the seizure of nearly 326 million lethal doses of fentanyl – enough to kill almost every American.

With Texas bearing the brunt of the president’s catastrophic failure, in April I directed the Texas Division of Emergency Management to begin busing migrants to Washington, D.C. to provide relief to overrun border communities and bring the reality of the crisis to the federal government’s doorstep.

It was not long before Mayor Bowser began decrying the mission after receiving only a fraction of what Texas law enforcement encounter each day along the border. Mayor Bowser went so far as to request indefinite federal assistance from the National Guard to help D.C. cope with the humanitarian crisis.
The mayors are not alone in their concern over the flow of migrants into their cities, with their Democrat counterparts in south Texas truly overwhelmed by the crisis.

Laredo Mayor Pete Saenz (right,) has said his city is being overrun with migrants that U.S. Border Patrol dumps there. 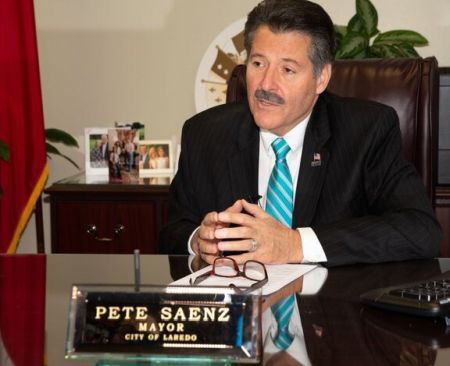 "We’re taking the overflow [from McAllen and the Rio Grande Valley]. We can’t handle it here."

McAllen Mayor Javier Villalobos has said he needs as much federal support as possible:

"We cannot be doing a federal job. This is not our responsibility. We’re just trying to keep our people safe."

He’s called the Biden administration’s response to his pleas "a callous disregard, to have Border Patrol just drop off immigrants in downtown McAllen."

If the mayors of America’s most populous city and the nation’s capital are complaining about a few thousand migrants, imagine what these small border communities with more limited resources face on the frontlines.

The New York City and D.C. mayors’ recent interest in this relentless crisis is a welcome departure from willful ignorance the Biden administration continues to demonstrate.
President Biden has never visited the border to understand the magnitude of the crisis he created. His "Border Czar" Vice President Kamala Harris has similarly taken no meaningful actions to address the gravity of the situation, except one visit to the El Paso sector over a year ago.

As thousands of illegal immigrants cross the border each day, that statement is either shockingly uninformed or intentionally deceptive.

Regardless of the federal government’s indifference, a dangerous situation continues to intensify. Fentanyl is now the leading cause of death for Americans ages 18 to 45, but President Biden allows it to continue pouring across the border from Mexico.

Too frequently, we’ve witnessed the horrifying consequences of human smuggling and trafficking, yet Mexican cartels and other transnational criminals are emboldened to carry on with their deadly enterprises.

I ask that they call on President Biden to stop dismissing this crisis and to honor his duty of preserving America’s national security. 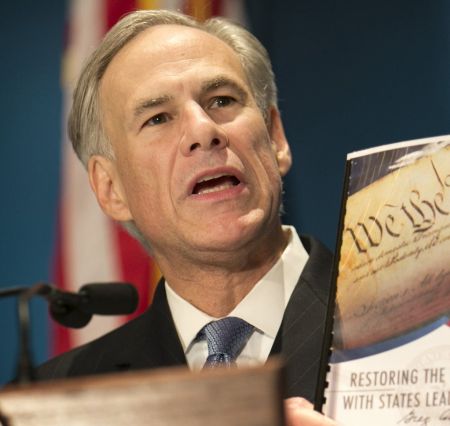 Governor Greg Abbott is serving in his 2nd Term as the 48th Governor of Texas. Prior to his election in 2014, Abbott was the 50th and longest-serving Attorney General of Texas, serving from 2002 to 2015.


Gov. Greg Abbott speaks during a May 27th, 2021 Press Conference to provide an update on the state’s effort to Secure the Southern U.S. Border to prevent the smuggling of drugs & narcotics. by N/A is licensed under N/A