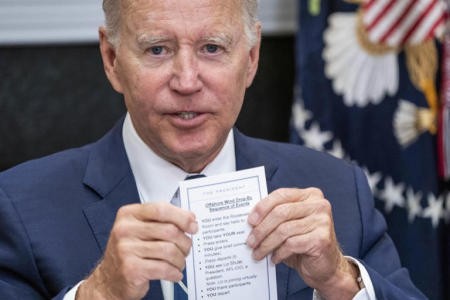 The week of June 20th, 2022, President Biden was photographed holding a Note Card of specific Instructions & Directions such as, YOU enter the Roosevelt Room and say hello to participants, and YOU take YOUR seat. by N/A is licensed under N/A

“We’re pressing the accelerator to reach a zero-emissions future sooner than most people thought.”

WASHINGTON, D.C. (Texas Insider Report) — Old Joe Biden is heading to Saudi Arabia next week to plead with the leaders of the nation-state he once called a “pariah” to lower gas prices – although he denies that is the purpose of the trip. Whether it is or isn’t, don’t expect any relief at the pump anytime soon: on Thursday, Biden said that the high gas prices would last “as long as it takes” to beat Putin, whom he persists in implausibly blaming for them.

Biden was asked during a press conference at the NATO Summit in Madrid: 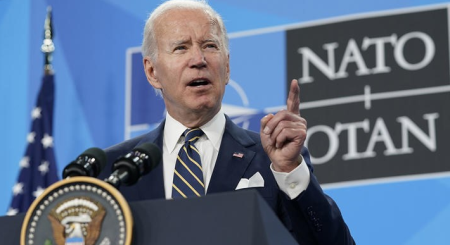 “How long is it fair to expect American drivers and drivers around the world to pay that premium for this war?”

Biden answered:
“As long as it takes so Russia cannot, in fact, defeat Ukraine and move beyond Ukraine.”

This is a massively disingenuous answer, as even the New York Times noted in mid-June:

“Even before the invasion, prices of oil and gasoline were rising as the world gradually recovered from the Covid pandemic.”

The Times also ingenuously pointed out that,
“The effort to stabilize the oil market … is at odds with Mr. Biden’s stated ambition to move the country to electric cars and renewable energy.”

And there’s the rub. On CNN Thursday, Biden adviser Brian Deese gave us a hint of what is going on:

He was asked: “What do you say to those families who say, ‘Listen, we can’t afford to pay $4.85 a gallon for months, if not years, this is just not sustainable?’” (at left.) 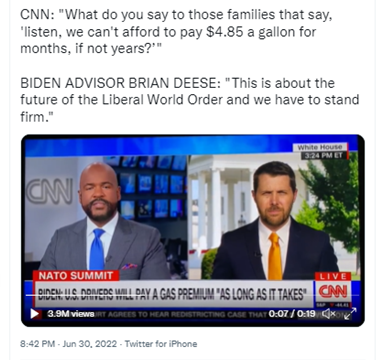 Deese answered: “Well, what you heard from the president today was a clear articulation of the stakes. This is about the future of the liberal world order, and we have to stand firm.”

The "liberal world order" makes no secret of wanting to eliminate fossil fuels.

Biden himself suggested in late May that skyrocketing gas prices were all part of a larger plan:

“And when it comes to the gas prices, we’re going through an incredible transition that is taking place

Environmental Protection Agency (EPA) chief Michael Regan gave the same impression back in March when he was at the White House, according to the Sacramento Bee, to announce “proposed limits on new buses and large trucks to curb some of their greenhouse gas emissions by up to 90% in the next decade.”

In the course of his remarks, Regan boasted,

“We’re pressing the accelerator to reach a zero-emissions future sooner than most people thought.”

“Clean transportation can bring significant cost savings for the American people as well. Last month, we announced a $5 billion investment to build a nationwide electric vehicle charging network for the people from rural to suburban to urban communities can all benefit from the gas savings of driving an EV.”

In Madrid Thursday, Biden rambled on semi-coherently (at best) about delivering an ultimatum to Putin in order to drive down gas prices: 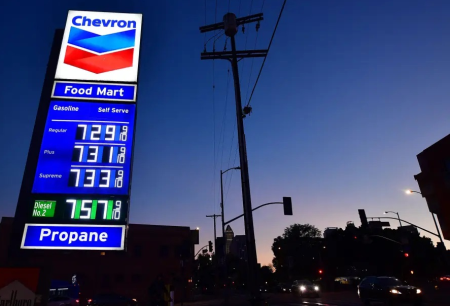 "The point is that we’ve said to them, 'Here’s the deal: We’re going to allow you to have a profit on what you make, but not the exorbitant prices that you’re charging for the oil now.'

Sure, Joe. Hey, it’s time for your pudding – and look, Matlock is on.

Despite the fact that a new poll shows that 64% of Americans believe that Biden, not Putin, is responsible for skyrocketing prices, Biden yet again insisted that it was all the fault of Vlad the Inflationer.

Biden’s dribbling about what he is going to do to lower gas prices is belied by his own statements and those of the ideologues around him about using this crisis as an opportunity to foist their green agenda on us.

This is about the future of the liberal world order, and that’s worth any sacrifice, right?

Robert Spencer is the director of Jihad Watch, and a Shillman Fellow at the David Horowitz Freedom Center. He is author of 23 books including many bestsellers, such as "The Politically Incorrect Guide to Islam (and the Crusades)", and "The History of Jihad." Follow him on Twitter here. Like him on Facebook here.

The week of June 20th, 2022, President Biden was photographed holding a Note Card of specific Instructions & Directions such as, YOU enter the Roosevelt Room and say hello to participants, and YOU take YOUR seat. by N/A is licensed under N/A