CAPRIGLIONE: The FAA Knows Our 'Friendly Skies' Can Do Much Better 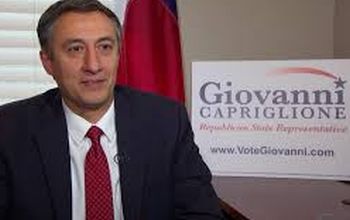 State Rep. Giovanni Capriglione serves the Ft. Worth, Texas-area District 98 in the Texas House of Representatives by N/A is licensed under N/A

That is exactly how air passengers felt over Thanksgiving Holidays, because thousands of flights were delayed – and a number of others canceled – across airports in the United States on one of the busiest travel days of the year.

More than 4,200 flights were delayed and another 109 canceled as of the Sunday afternoon after Thanksgiving.

As many are preparing for Christmas travel, there's a perfect storm of issues affecting air travel in Texas – the 2nd-most populous state in the U.S., and home to five of the 15 Largest Cities in America:
When that airline traffic flow suffers and passengers have to navigate delays and cancellations, it has an outsized impact and could leave a billion-dollar-plus hole in the Texas economy.

Florida ranks No. 2 in tourism, but airline delays and cancellations have cost the state tourism dollars.

According to the Federal Aviation Administration:
Our friendly skies are becoming less friendly, with more chartered flights, commercial flights, private flights, and aerospace companies competing for airspace. That is why the federal government needs to address conflicting interests by agencies such as the FAA to ensure commercial airliners carrying hundreds of passengers on each flight are not constantly competing with private flights and private rockets in our airways.

Last year, according to Argus TraqPak, which analyzes aviation traffic issues, Florida and Texas ranked 1st and 2nd in private aviation in 2021. The two states represent a third of all departures across the United States. And those departures were up 40% from 2020.

The “first come, first serve” approach in air traffic across the country has allowed private flights with a few passengers to receive the same weight as a commercial flight carrying hundreds of people.

With more private planes in the skies, more commercial airlines and their travelers are seeing delayed landings and takeoffs or cancellations. In today’s economy, many commercial passengers simply do not have the same scheduling flexibility with their plans as those who can charter their flights.

The bottom line is that whether a passenger is traveling for business, a vacation, individually or with family, these disruptions are a major annoyance.

The FAA knows our friendly skies can do much better. 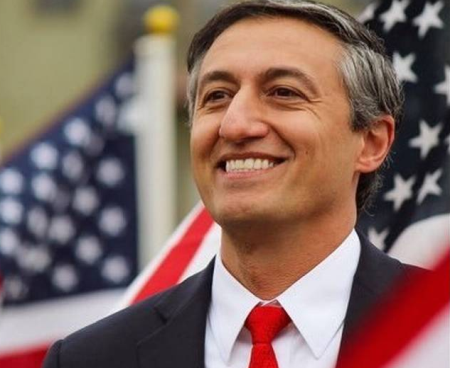 State Rep. Giovanni Capriglione represents House District 98 in the Texas State House of Representatives. State House District 98 encompasses all or part of Grapevine, Colleyville, Southlake, Keller, Westlake, North Fort Worth, and Haslet. He currently serves on the House Pension, Investments & Financial Services Committee, as will as the House Appropriations Committee.

State Rep. Giovanni Capriglione serves the Ft. Worth, Texas-area District 98 in the Texas House of Representatives by N/A is licensed under N/A