SCHLICHTER: Liz Cheney’s Humiliating Defeat Is Another Sign We, the New Republican Party, Are Winning 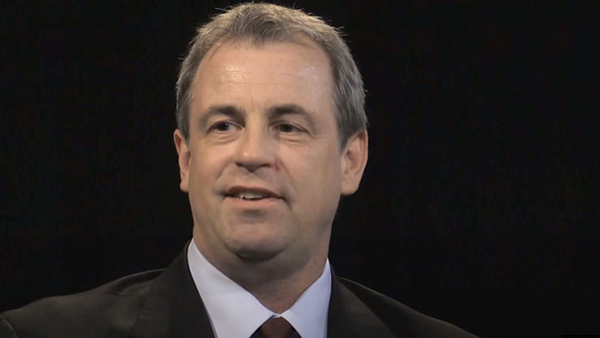 Here's a thought exercise – would Liz Cheney have gotten more or fewer votes than she did if she had announced, right before the election, "I have monkeypox?" Considering that the pus plague is polling better than she did in the Wyoming primary the other night, perhaps she should have just announced that "I am monkeypox."

She is Republican monkeypox, you know. She is a walking, talking, warmongering, loathsome disease infecting the nether regions of the Republican Party, and her resounding rejection by the decent Americans of Wyoming demonstrates that we are curing the infection that is her kind. The Bill Kristols, the Jen Rubins, the Jeff Flakes, and the John McCains are gone, and we don't miss them. Miracle Whip Mitt will be gone next time. He won't be missed either, except by MSNBCNN and WaPo when they need a sitting senator to sell out the people who once had his yellow back.

We are the new Republican Party, one not dedicated to getting its leading lights invited to D.C. cocktail parties, but one determined to drop a turd in the D.C. punchbowl.

And the new Republican Party has no place for Liz Cheney, her horrific father, or other insipid creatures like them. We're tired of GOP poohbahs who never met a war they didn't want your kids to fight.

The Cheneys are absolutely perfect examples of what we are talking about. What have they ever done? I mean accomplished, as opposed to run their fool mouths about. What's Dick Cheney's big score? What's in his win column? Nothing, and the same with his useless daughter.

The aptly-named Dick's incompetence managed to get thousands of our men and women maimed for…what? But hey, maybe his pal George can paint some pictures of them. He recently put up an ad for his hideous spawn calling Trump the most dangerous American in history. Leaving his historical illiteracy aside, that would be the guy behind Iraq describing the guy who started zero wars in office as "dangerous." Hey, which one would you rather hunt with?

And his grotesque daughter was right on brand by joining the Democrats for a kangaroo kommittee that would have made Stalin blush. Her destruction of the norm of due process by putting out a TV-ready show trial with no possibility of the confrontation of witnesses, cross-examination, or counter-arguments did more damage to America than a few hundred selfie-takers in the Rotunda ever could. And this FBI raid?

Chalk up the new "Sic the dogs on the previous guy" norm to the Lizard. Congratulations on making the Roman Empire great again, Lizzy, you historically illiterate mediocrity who would be nagging middle schoolers to use their inside voices if your daddy hadn't hitched his wagon to the Bush dynasty.

What have they created? Nothing. Instead, they wreck and think themselves special.

But that's their style. That's their oeuvre. The Cheneys, and the rest of the Never Trump trash, have never built, fed, fueled, or – notably – defended America. They simply got into office and ruined our country. They are vultures, living off the corpse of an America they inherited. They have no accomplishments to their name, none, yet still, they have their infinite and inexplicable self-regard. They are not merely bad people. They are corrupt and incompetent people and everything they lay their bloody claws upon turns to Schiff.

This is why the Beltway Cowgirl's humiliation is so sweet. The people of Wyoming rejected her and her scuzzy papa wholly and unequivocally. They see her for what she is, a duty-dodging fraud wrapping herself in the American flag and pretending to be something other than just another swamp-dwelling hack who left America worse for her being here.

We see through her, and there's nothing there. No talent. No brains. No achievements. Courage? What courage does it take to do what everyone knows will get her a daily media tongue bath and a permanent seat on the panel of that unwatched CNN show with Brian Stelter, who is a potato? It's OnlyFans for washed-up regime toadies. She will live on this fleeting fame for a while, then be forgotten. "Liz Cheney who?" the next generation of 20-something bookers will wonder aloud when she emails them to beg for a hit to comment on how those awful Republicans and their new DOJ are indicting Merrick Garland.

Her legacy is mediocrity and betrayal and the enfeeblement of our Republic. She's not a hero. She's just a puff of fetid swamp gas.

No, she's not the only one of these monsters still hanging on long past her sell-by date. She just reeks more than most. But we are cleaning them out, election by election, hack by hack. I know, I know, there are still many shills remaining in positions of power doing their best to ensure the survival of a conservative establishment that has conserved nothing. Ridding ourselves of them is a process, a slow and laborious process wherein each election we shave off a few more layers of failure. A decade ago, it was all RINOs all the time.

We have a helluva lot of based candidates who have won their nominations and are heading to victory. Adam Laxalt in Nevada is based – I worked beside him for election integrity in Las Vegas after 2020. JD Vance is based – look how angry he makes McConnell. Eric Schmitt is based – he's been filing suits against Biden and Big Tech in Missouri as AG while fake-based ex-Democrat bondage enthusiast Eric Greitens tried to hijack the nomination.

Oh, and in Arizona, we have Blake Masters and Kari Lake and the rusting McCain machine is sputtering in rage.

Hey, is everyone running as conservative as I'd like? Nah. But we're adults, and we get that you don't win every race every time.

Look, no one is going to just hand us our nation back. The enemy is not going to shrug and go back to their faculty lounges and Trader Joe's white wine sections and leave the country to us normal people. We have to fight for it, every day and in every way, forever.

These pukes are not going to purge themselves.