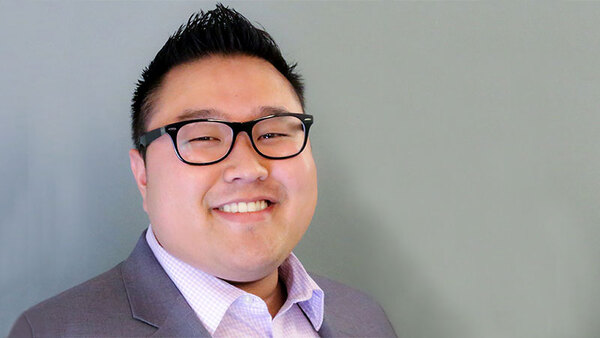 Columnist Matt Vespa by N/A is licensed under N/A

Sen. Mitch McConnell (R-KY) gave Democrats a boost recently. Whether it was intentional or not is irrelevant at this point—when the Senate Republican leader says that his party virtually has no chance of retaking the 50-50 Senate, people take notice. The Kentucky Republican's Eeyore attitude concerns what he says centers on candidate quality. Is that accurate? Even if that's the case, a) you don't say that out loud, and b) there is still time to turn things around.

Yet, Federalist editor Mollie Hemingway was especially angered by McConnell's remarks, not only for creating an unnecessary firestorm during a period where the political climate is primed for a GOP takeover but also for being inaccurate. She redirected fire toward the Democrats in some key races, citing their flaws and how it's entirely feasible to construct a winning election strategy to defeat these people in November.

With McConnell's remarks, as Hemingway saw it, the man was ceding winnable elections to the Democrats based on Armageddon-like conditions for the GOP that simply do not exist. Mollie also noted that this appears to be a moment where Mr. Mitch cannot see the forest for the trees. Has he forgotten that the voters of the Republican Party nominated these folks? (via The Federalist):

More than 70 percent of Americans say the country is moving in the wrong direction, according to the RealClearPolitics average. Americans are clearly not happy with the quality of leadership coming out of Washington, D.C.

And in this milieu, Republican voters who care deeply about their country have chosen a slate of extremely interesting candidates, many of them non-career politicians. Particularly compared to the crop of senators currently in Washington, they are all extremely talented and impressive people. This is something to highlight and praise, not lament. Having non-career politicians running is a good thing, not a bad thing,
Herschel Walker, Mehmet Oz, J.D. Vance, and Blake Masters are successful and impressive people in a variety of careers. Even the more traditional politicians running for re-election — Ron Johnson and Marco Rubio — are among the better senators in office. Adam Laxalt, running against an incumbent Nevada Democrat, is a highly decorated former Naval officer and Iraq War veteran. He was an incredibly successful attorney general in Nevada.

These are not bad candidates! If you can’t work with this level of quality, you can’t work with anyone. And they’re running against a crop of extreme and discredited candidates that a competent Republican leader should have no problem talking about, given the slightest opportunity. John Fetterman, an ostensibly grown man running for the Senate from Pennsylvania, is still supported by his parents. Raphael Warnock, trying to keep his Georgia seat, is a troubled man with an extreme voting record. Mark Kelly has envious funding but an extreme voting record and the personality of a fish.

More importantly, the Republicans won their nominations by running on the policies that have so reinvigorated and expanded the party. They have clear messages about helping out middle-class workers and their families, protecting the country from open borders and wasteful wars, and defending American values and freedom against leftist authoritarians.

It is political malpractice to pout and run them — and the voters who selected them — down. Republican voters came out in droves to nominate these candidates. They like them! McConnell, who is unfortunately quite politically unpopular — but who is the top elected leader of the party — should be taking every opportunity to sing their praises and push a unifying and expansive message nationally.

Not every candidate is perfect, and the Democrats appear to be batting 1.000 because their people get a lot of political cover from the media, even those who aren't even running for office. Just look at the crack-addled, perverse, and allegedly corrupt activities of Hunter Biden. The FBI even stepped in to smother his dirty laundry from airing in publications. Also, as Hemingway noted, if Mitch can deliver words of adoration for Liz Cheney, he can do so for someone like college football hall of fame player Herschel Walker.

JD Vance's past anti-Trump activity was disappointing, but again, as in 2016—the people nominated these candidates for the U.S. Senate. Even if flawed, the nation is adrift, in an economic recession, inflation is at historic levels, and the White House outright looks like no one is running it. The recent raid on Trump's Mar-a-Lago home is yet another example of this aloofness, though not entirely believable. The Biden White House says that it, the executive, didn't know about the events leading up to the Justice Department's August 8 search; the DOJ is under the executive branch. Biden probably knew, or at least his top staffers did, but their storyline is "I know nothing," which also indicates their governing style. This administration trots out economic narratives that do not align with reality, and more voters see that weekly.

There's still a lot of time in this 2022 cycle, and none of it favors the Democrats, especially as the political environment remains radioactive for them.

Hemingway has no time for Mitch's pouting. Get off the sidelines and help your party members win their elections. I'd think most in the GOP would agree.
Columnist Matt Vespa by N/A is licensed under N/A