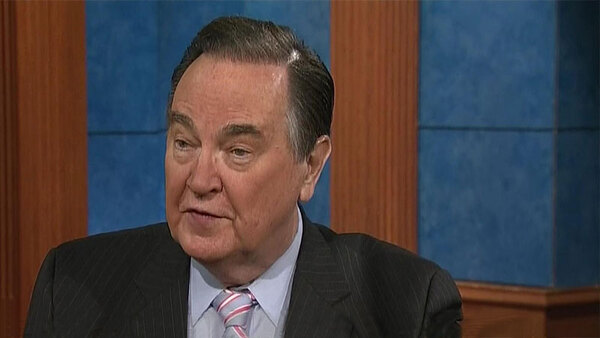 Columnist Cal Thomas by N/A is licensed under N/A

Italy has elected its first female prime minister. Normally that would be cause for celebration by those who promote diversity, but press reaction in Europe and the United States is treating Giorgia Meloni as the second coming of Italian dictator and Adolf Hitler ally, Benito Mussolini.

The leftist press labels those whose policies they oppose as "right wing," "extremist" and in Meloni's case, a woman with "fascist" associations and political roots. A Washington Post editorial calls her a "firebrand ethno-nationalist" whose party "arose from the ashes of post-World War II Italian fascism." Having already smeared her, the Post then contradicts itself, writing: "In fact, it would be a stretch to regard Ms. Meloni ... as a fascist."

Meloni's political positions are opposed to the secular progressive agenda. She is passionately pro-life, opposes the LGBTQ political agenda, and wants to restrict immigration. Market Realist News says: "Much like many far-right politicians in the U.S., Meloni has utilized her Christian views to serve as a backbone of her politics." And secular progressives don't do the same?

Meloni's Brothers of Italy party, which she co-founded in 2012, and which CNN.com repeatedly described as "far right," so you get their drift, evolved from a neo-fascist movement, a movement begun decades ago. Meloni says her views are not those of that older organization. For the left, one can evolve in their direction, but never the opposite.

It is always best to hear someone speak for themselves without the filtration of a hostile media.

Three years ago, Meloni spoke before The World Congress of Families in Verona. She began with self-deprecating humor: "I've just arrived ... I was doing the ironing. Then I found 10 minutes to come and talk politics with you."

Meloni said of the stereotypes associated with the family organization:

"They said all sorts of things about this congress. They said we want to go back to the past. That we're losers. That we're embarrassing. That we're un-enlightened. They said it's scandalous for people to defend the natural family founded on marriage, to want to increase the birth rate, to want to place the correct value on human life, to support freedom in education and to say no to gender ideology."

The same has been said by critics of conservatives and their organizations in the U.S., but her platform is in tune with many Americans.

Like Donald Trump and Florida Governor Ron DeSantis, she is not shy about firing back at her critics, some of whom were protesting outside the venue:

"I say the losers are those who have nothing better to do than come here and insult us."

She has proposed free nursery schools for mothers who work outside the home. She describes Europe's low birth rate (much of it thanks to liberal abortion policies) as "the biggest problem facing Europe." Not energy? Not Russia's war against Ukraine? Nope. "If we do not address this," she says, "everything else is pointless."

Meloni also has a searing response to critics who claim she wants to return Italy to the Middle Ages:

"The Middle Ages was also the time of the cathedrals and the abbeys, the founding of the comuni (small Italian administrative units), the universities, the parliament, the epoch of Dante, Petrarch, Boccaccio, Saint Francis, Saint Benedict. People who don't know where Matera is, let's not expect them to read history books."

How about this zinger:

That once was considered normal and admirable in America and in Europe.

You can understand why secular progressives hate her and fear her message. Perhaps she will soon visit the U.S. and put some backbone into the Republican Party.


Columnist Cal Thomas by N/A is licensed under N/A