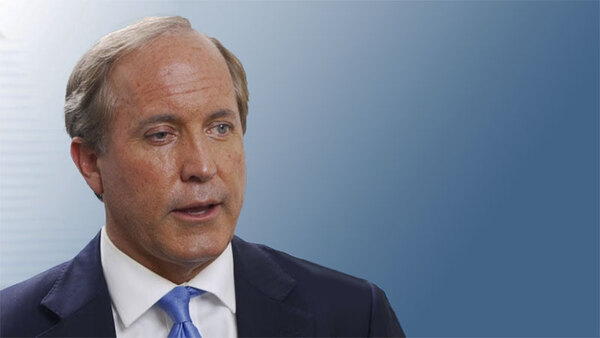 Attorney General Ken Paxton - YouTube by N/A is licensed under N/A
"The Court... should reinvigorate the protections of the Appropriations Clause, not weaken them.”
Texas Insider Report: AUSTIN, Texas – Attorney General Paxton has joined a cert-stage amicus brief asking the U.S. Supreme Court to hear CFPB v. CFSAA (Case No. 22-448), which has important constitutional implications and the potential to check the unaccountable and out-of-control Consumer Financial Protection Bureau (“CFPB”).

While the CFPB’s constitutionality has been challenged on several fronts, the nature of this case revolves around the entity’s funding mechanism. The CFPB is a largely autonomous entity that has imposed a number of damaging regulations on American businesses.

CFPB is not funded through the congressional appropriations process. Instead, it derives its funding from the Federal Reserve and may receive up to 12% of the Federal Reserve’s annual operating expenses, which amounts to several billion dollars.

This funding structure allows the CFPB to act as an unaccountable regulator in a way that violates the U.S. Constitution’s Appropriations Clause that reserves to Congress control over where and how taxpayer funds are spent.

The New Orleans-based U.S. Court of Appeals for the Fifth Circuit recently ruled as such, but the U.S. Court of Appeals for the D.C. Circuit went the other way, setting up a circuit split. The U.S. Supreme Court should hear this case not only to resolve the split and give clear guidance to Congress, the courts, and the states, but also to affirm the Fifth Circuit’s decision and defend the American people from unelected Washington bureaucrats.

The brief states: “[T]he country needs a fast answer to a question of this importance. On issues like these, worrying costs arise from letting uncertainty fester. And like the Bureau and private actors, the States need clarity, too. States, after all, have traditionally stood as protectors of the consumer financial markets.

"They need to know what role federal regulators will play—or not—in this critical area. . . . The Court . . . should reinvigorate the protections of the Appropriations Clause, not weaken them.”