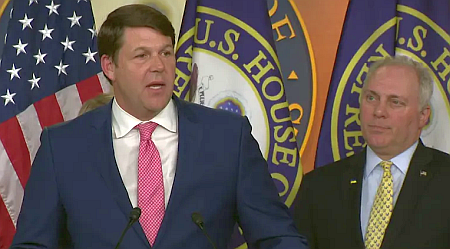 Congressman Jodey Arrington represents Texas' 19th Congressional District, and in 2023 became chair of the House Budget Committee. by N/A is licensed under N/A

A growing economy is essential for paying our bills, maintaining market confidence, and improving our debt-to-GDP ratio

WASHINGTON, D.C. (Texas Insider Report) — America’s greatest 21st-century challenge is dealing with its massive and growing national debt. Our debt currently sits above $31 trillion — a figure that is incomprehensible to most people. To put it in perspective:
Tragically, Congress seems to be asleep at the wheel as a debt crisis looms large over the horizon. This level of financial firestorm could bring our economy to a halt by crowding out private investment, generating higher interest and inflation rates, and would likely lead to higher taxes on working families.

Additionally, critical retirement security for seniors could be seriously imperiled, social safety nets for food security and healthcare for indigent families could be jeopardized, and America’s ability to help ensure peace and stability around the globe by providing for a strong defense could be upended. To avoid this, Congress must rein in runaway spending, especially in mandatory programs, which represent 70% of the federal budget and 90% of the growth in spending over the next decade. While spending cuts are unavoidable, restoring fiscal responsibility also requires returning to policies that strengthen and grow our economy.

Most economists believe measuring our debt as a percentage of GDP is the most meaningful way to evaluate the strength of our balance sheet. Accordingly, economic growth will play a critical role in improving the long-term trajectory of our nation’s budgetary woes. Balancing our budget will require an unusual display of political will and fiscal constraint, but it must be paired with commonsense strategies that incentivize business investment, job creation, and work.

A healthy and growing economy is essential for paying our bills, maintaining market confidence, and improving our debt-to-GDP in the long run. If we grow our economy while controlling spending, we have a better chance of putting our country on a sustainable fiscal path and avoiding a financial crisis. The GOP’s plan for the House majority, known as the Commitment to America, does just that.

Three key economic policies of the Commitment to America stand out the most:
Republican tax reform helped unleash an unprecedented economic renewal. We saw tremendous growth in GDP that surpassed all economic expectations, including from the Congressional Budget Office. Within three years of enactment, unemployment hit a 50-year low, business investment hit an all-time high, companies moved their headquarters from overseas, and wage growth for working families hit the highest percentage increase in decades.

Notably, 6 million people were lifted out of poverty.

Despite false alarms of tax cuts blowing a hole in the coffers of the U.S. Treasury, tax revenues – even before the pandemic stimulus – hit an all-time high. This year, total tax revenues were almost $5 trillion. This is more than $1 trillion above pre-pandemic levels, adjusted for inflation. These numbers are staggering and may seem counterintuitive following massive tax cuts. But they are the result of pro-growth policies and market incentives unleashing free enterprise.

Another large part of the pre-pandemic economic success story is the slashing of red tape and the many regulatory barriers that stood in the way of Main Street businesses.

Under former President Donald Trump , the White House eliminated eight regulations for every new regulation enacted — removing 25,000 pages of regulations from the Federal Register. Reducing unnecessary and costly red tape saved consumers and businesses more than $220 billion per year. This is a stark contrast to the Biden administration, which has enacted more than 450 new regulatory rules, costing our economy $309 billion in GDP in just the first two years alone. A GOP majority will have the chance to put the brakes on these new regulations and expose their economic costs on both hard-working families and job creators alike.

A Republican majority will make work, not government handouts, the best financial option for able-bodied citizens. Democrats have stripped work requirements from welfare programs and have even paid people more to be on government unemployment than they made in their previous jobs. They have hijacked pro-family and pro-work tax policies by giving them monthly paychecks regardless of their ability to participate in the labor force.

This not only traps people in a cycle of poverty, but it also puts a strain on the millions of small business owners and hampers our overall productivity, which will only accelerate our spiral into a sovereign debt crisis. These policies are the exact opposite of what led to the creation of 7 million new jobs and an economic boom under the previous administration.

To avoid a financial crisis, Congress will not only need uncommon fiscal courage, but commonsense economic policies that encourage work and grows our GDP. We must slow the growth of spending and reform entitlement programs in order to give us a “line of sight” on balancing our budget and reducing our debt. But an equally important part of the equation to save this nation from fiscal calamity will be to ensure our economy is stronger than ever.

This means getting the government out of the way and unleashing growth through the power of economic freedom.

It’s time to follow through on our commitment to a stronger, and more prosperous America. 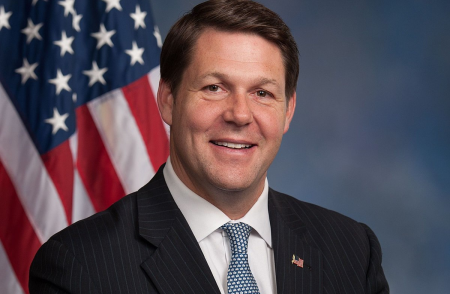 Congressman Jodey Arrington was raised in Plainview, Texas, the son of a tractor salesman and a schoolteacher, and represents Texas' 19th Congressional District. Prior to being tapped to chair the House Budget Committee earlier this year, he has served on the House Ways & Means Committee and on Congress’ Joint Economic Committee (JEC).


Congressman Jodey Arrington represents Texas' 19th Congressional District, and in 2023 became chair of the House Budget Committee. by N/A is licensed under N/A