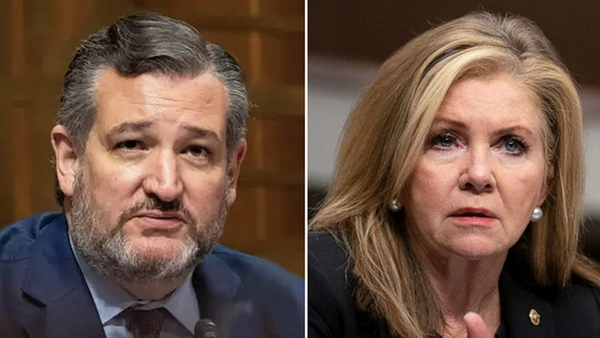 The practice introduces exposure to American anti-boycott laws along the entire chain, and most acutely for the firms opaquely designing and setting the ESG criteria.

Texas Insider Report: WASHINGTON, D.C. – U.S. Senator Ted Cruz (R-Texas), member of the Senate Commerce Committee, and Sen. Marsha Blackburn (R-Tenn.) today sent a letter to U.S. Secretary of Commerce Gina Raimondo, calling on her to address the role of so-called Environmental, Social and Governance (ESG) standards in facilitating anti-Semitic boycotts of Israel that would fall under the purview of the Office of Antiboycott Compliance within the Department of Commerce.

In the letter, the Senators wrote:
“Advocates of economic warfare against Israel have increasingly sought to use ESG criteria as pretexts for boycott advocacy. Companies that rely on ESG ratings in their business decisions have minimal transparency into the details let alone motivations behind how the ratings were set. The practice introduces exposure to American anti-boycott laws along the entire chain, and most acutely for the firms opaquely designing and setting the ESG criteria.
…
“We are concerned that… the Commerce Department is not sufficiently engaging Morningstar and similar companies. The ratings and implicit advocacy from Sustainanalytics come remarkably close to blackletter violations of prohibitions described at the federal level by the EAR and in laws of states such as Texas.

"The Commerce Department, both generally and as the agency housing the Office of Antiboycott Compliance, is charged with ensuring American companies are aware of these risks and working with them to mitigate and end any exposure. It is also charged with insuring the integrity of those federal prohibitions, as necessary.”

Morningstar Inc. is a U.S.-based financial services firm. In 2020 they purchased Sustainalytics, which is a Netherlands-based company. Sustainalytics produces ratings and analysis based on environmental, social, and corporate governance criteria (ESG).

In a 2020 Quarterly Report prepared for Erste Asset Management, Sustainalytics used data from organizations that have promoted anti-Semitic boycotts against Israel.