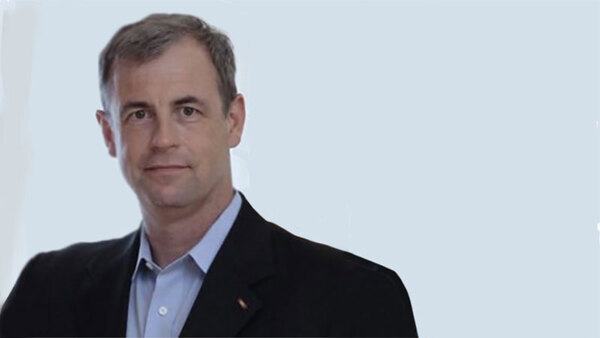 You gotta hand it to a guy who convinces Democrats to die on the hill of defending perverted groomers talking about sex with little school kids. It's on-brand for their fellow travelers at The Lincoln Project, but you would think that Democrats actually want to win elections. But no – they want to make the schools safe for pedos, and they don't care who knows it. But they'll care plenty in November when parents around the country come out and vote for The Party of Not Hitting on Der Kinder.

It was DeSantis who started the fire that burned the pyre of Democrat hopes and dreams they jumped onto in their campaign against the Florida anti-grooming statute. But that's only his latest fight with the elite. DeSantis has been laying down the law in Florida, literally, and in a way even Donald Trump never did. At some level, Donald Trump still has some residual respect for the trappings of the elite. He's impressed by name universities and huge corporations, and for all his much-justified complaining, he still cavorts with institutions that hate him, like the NYT. He's not yet completely done with the institutions, but DeSantis is. DeSantis is all honey badger, laying waste and making the rubble bounce.

It's the DeSantis Doctrine, and it's summed up this way: Your garbage institutions don't mean Schiff to me. I am going to ruthlessly wield my power to protect normal people from your depredations. And I'm going to smile doing it.

Did the head of China-hugging Disney really think he was going to push Big Ron around? The nattering twenty-somethings and woke pronoun people in his company and on social media thought they could leverage their power to make this huge Florida employer bring DeSantis to heel over the threat that creepy weirdos could no longer chat up kindergartners about sex in schools. So this dude – who shrimps Chi Com toes even as his commie masters torment, torture, and terminate Uighurs and prop up Putin – comes out and really expects that DeSantis will fold. And then DeSantis, delighted at the chance to figuratively post a rodent skull on a pike, told the Mouse to pound some Sunshine State sand.

But I was informed by all the smart people with blue checks trapped in a vortex, which keeps them forever in the year 2005, that conservatives were supposed to hate regulation and love big corporations.

Well, things change – among them, the left, which decided that it was going to weaponize every institution against us, including corporations. A key element of that campaign is neutralizing normal people's retaliation by barring us – through the application of principles that exist only in a paradigm that no longer does – from exercising our own power. "It's so unseemly for a governor to attack a corporation!" Perhaps, in a world where corporations tend to literally mind their own business and not use their economic power to affect policy. But it's ridiculous to expect that, in a world where corporations regularly use their power to affect politics, we normal people are somehow barred from using our own power – political power, including the power to regulate – to protect ourselves. You don't get to change the rules, then expect us to remain bound by the old ones.

Well, you can expect that – many do, in fact – but Ron DeSantis scoffs at such unilateral disarmament. He's all about the massive retaliation.

Some conservatives don't get that. Some are just dumb. Others are obtuse. Some are bought. But here's the basic underpinning of the DeSantis Doctrine: A conservative principle that results in conservatives being less free is a pretty crappy principle.

And this terrifies the left. DeSantis is now, as he slowly gains parity in popularity with Donald Trump, worse than Trump. They fear him because he does not have the mean tweets aspect that allows the left to attack him for something other than his actual deeds. They have to defend their freakshow agenda because he gives them nothing to change the subject to. And if they want to make it a fight over whether or not skeevy sex pests can have at your little kids, well, that's a battle we're delighted to fight.

They want to fight over a bunch of things that are awful, and far too many Republicans have shied away from not merely saying so but from actually doing something about them. Every GOP governor talks about wokeness or boys dominating girls' sports. But far too many, like Kristi Noem, default to the Chamber of Commerce agenda and do zip. Not DeSantis. He not only wields power; he enjoys it.

He loves to crush his enemies, see them driven before him, and to hear the lamentation of their women-identifying persons. And those of us in the base love it.

The DeSantis Doctrine means you unashamedly use the power you are given to defeat the leftist agenda, that you don't shrink from cultural fights because all the Twitter people will tell you that you are somehow obligated to do so. It means not just winning elections but winning fights.

So, the big question is, what's next for him? DeSantis is already on his way to winning reelection after having turned what Bart Simpson memorably called "America's Wang" into the freest state in the Union. But after that, will he challenge Trump?

We know Trump does not want that – he does not want any competition. Trump is working very hard to clear the field and win the nomination by acclamation (my sources still largely assume he's running, yet in the last week, there have been tantalizing hints that he may not). But Trump needs competition, desperately. It will make him sharper and better for the general, assuming he wins. And that's not a foregone conclusion. There is a lot of talk in conservative circles about needing new blood – this June will see the seventh anniversary of the famous escalator ride. He's popular and appreciated, but some people wonder if he's our best candidate for 2024, and some people just want to move on.

Will DeSantis do it? He's hinted he won't oppose Trump if the ex-president goes for Grover Cleveland's record. But then, 2024 is looking like his year. Mario Cuomo famously waited, and look what happened to that dynasty – he never got a second chance, and his sons grew up to be jerks.

Thankfully, Mrs. DeSantis was recently declared cancer-free. This is tremendous news for the DeSantis family, but for our purposes, it eliminates a very real obstacle to DeSantis running in 2024. Right now, if Donald Trump was not in the picture, he would not only be picking out a tie for his nomination acceptance speech, but he'd be picking out drapes for the Oval Office.

Except Trump is in the picture. With Biden's mounting failures – a Mt. Everest of defeats, humiliations, and fiascos – the Trump years have to be looking pretty good to many of the squishy suburbanites, who look back longingly at mean tweets and $3 gas. Trump has an opportunity in 2024, but so does DeSantis, and you gotta love the idea of a primary where Godzilla fights King Kong, and they only pause to jointly pummel the tacky Rodan that is Liz Cheney or Adam Kinzinger or whatever other Bulwark-approved weenie tries to run in the Democrat lane of the Republican primaries.

The Trump Record – which is vindicated every day – versus the DeSantis Doctrine. Wow. You know who wins that contest? We patriots do!
Columnist Kurt Schlichter by N/A is licensed under N/A