The Left’s Special Kind of Stupid 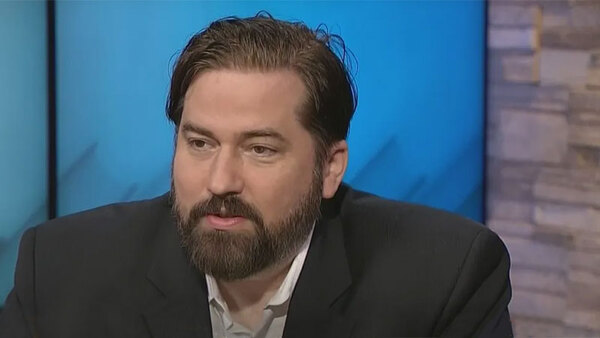 Are Democrats really this dumb, or are they counting on their supporters being even dumber? The answer isn’t always obvious, but it’s usually a little of both – Democrats are that dumb AND their supporters are particularly stupid – which way the scales tilt in any particular instance depends on the participants. It must be a liberating feeling to be one of those people going on TV knowing that no matter how ignorant you are, no one is going to know the truth or question you out of fear of being destroyed by the left-wing mob. That echo chamber protects some of the most ignorant creatures to ever take a breath and helps spread their special brand of stupid like a cold on a plane.

“Presidential historian” Michael Beschloss is not a bright man. He’s always been a left-wing hack and his multiple Morning Joe appearances over the years have solidified his willingness to make a clown out of himself to keep moving books and maintain his NBC News contract. This week he found a new level of ignorant, this time about Donald Trump.

Let me just say that it is unfair to accuse just one person of stupidity when it comes to Trump. Something about that man has rotted the brains of so many people that it’s hard to point out any one person as particularly damaged. But Mike just happens to have done it in writing, so it’s easy to point it out in him.

On Tuesday, Beschloss jumped on the latest liberal bandwagon of finding conspiracy in the “wiped cell phones” from various government agencies in regards to the January 6th Committee.

First off, let me point out that if the committee actually had any evidence of wrongdoing on behalf of Trump, anyone named Trump, or anyone within Trump’s orbit that would be what they were pushing. Instead, they’re pushing the idea that the then President got into a physical fight with Secret Service while believing an armed mob had just been dispatched to kill Mike Pence. There’s a reason these people are a special kind of stupid.

Once you recognize how laughable all that is, the left has moved on to conspiracy theories.
I know, we’re told by these very people that conspiracies are the exclusive domain of the right, but even casual watching of Rachel Maddow (on the days she decides to work) will expose you to a web of BS so thick you’d think you were on a cattle farm. It what she does, where MSNBC lives. Which is how Beschloss fits in so easily.

Mike tweeted, “OK, Secret Service phones were wiped. So were those of Homeland Security. Now reportedly the same with the Pentagon. Anyone want to explain what was going on here?”

In response, another person liberals look up to, MSNBC “legal” analyst Jill Wine-Banks, responded, “Answer to your question is crimes are going on. Conspiracy to defraud Government, violation of Federal Records Act, obstruction of Congressional investigations, and probably many more.”

Are these people this stupid, or do they just know their audience is?

I don’t know. But what I do know is when you turn in a government issued phone, they wipe it. Why? Because they don’t want people having access to other people’s data and they reuse those phones. Would you rather they spend $1500 per government employee each time someone new comes on board to buy them a new phone or would you rather they reused perfectly good phones they’ve already bought?

When I worked in the Senate I was issued an old Blackberry. It worked fine and had been reset to new, eliminating the old number and all the old info on it. It wasn’t a scandal, it’d be a scandal to hand me someone else’s personal information.

I suppose the Senate could have taken a hammer to it like Hillary Clinton did to her and her staff’s government phones, something with which Beschloss or any other liberal had an issue with. But the people under Trump turned theirs in because they aren’t criminals.

Also, and perhaps most importantly, the phones were “wiped” – which is just a way of saying they were returned to factory settings so they could be used again – by the Biden administration. These “wipings” happened in February or 2021 and were standard practice.

If these idiots think the presidential protective detail in the Secret Service is sending text messages, taking the time to type and dealing with auto-correct while protecting a President, all while having earpieces in and microphones down their sleeves, making it really easy to talk to anyone, you’ve discovered a new level of stupid.

Somehow, the idea of this and that other departments in government were plotting the overthrow of the republic via text message has taken hold with the left. The only explanation is they know they have nothing else. If there were a smoking gun, or even a lukewarm gun, on anything they allege that would be all they talked about. They have nothing. They have the idea that an out of shape septuagenarian decided to wrestle and choke 2 in shape bodyguards, something everyone involved not only denies but laughed off.

That’s it. That’s all they have. So they’ve been forced to move into conspiracy land. Imply the hell out of something while knowing there is zero proof of it and that what you’re pointing out is regular behavior actually committed by the current Democrat administration. It would be funny were it not so sad, and it wouldn’t be as sad were it not just so damn pathetic. But it’s all Democrats have. Tells you something.

Derek Hunter is the host of a free daily podcast (subscribe!), host of a daily nationally syndicated radio show, and author of the book, Outrage, INC., which exposes how liberals use fear and hatred to manipulate the masses, and host of the weekly “Week in F*cking Review” podcast where the news is spoken about the way it deserves to be. Follow him on Twitter at @DerekAHunter.
Columnist Derek Hunter by N/A is licensed under N/A