GONZALEZ: The Rule of Law Is Being Replaced by the Rule of the Left 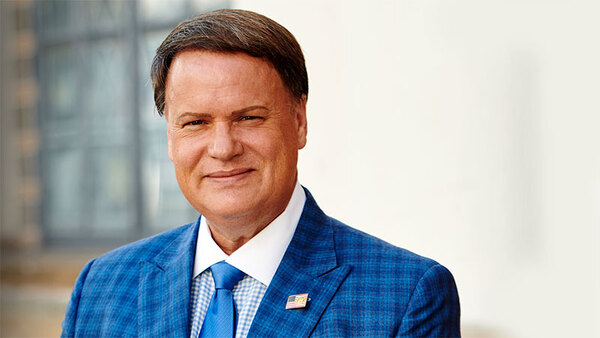 Julio Gonzalez Engineered Tax Service by N/A is licensed under N/A
The Democrat Party has succeeded in destroying the Rule of Law in America.

The efforts of New York Attorney General Letitia James and Manhattan District Attorney Cy Vance to do whatever possible to find — or one might be tempted to think, fabricate — credible charges against President Donald Trump might be funny if the implications weren’t so serious. The Democrat Party has succeeded in destroying the Rule of Law in America.

Two extremist Democrat partisans masquerading as serious prosecutors might suddenly be interested in the tax returns of a former president they despise, but Donald Trump is also a billionaire, and the tax collectors of New York would have — indeed must have — been even more interested in his taxes for far longer.

To think that two elected officials with absolutely zero expertise in tax laws could, in a matter of months, uncover evidence of tax fraud that the veritable army of tax experts in New York’s tax department and the IRS failed to find over the course of decades is simply ludicrous.

It’s so ludicrous, in fact, that one could easily be forgiven for thinking that James and Vance are motivated not by a desire for justice, but by the desire to punish and destroy President Trump. 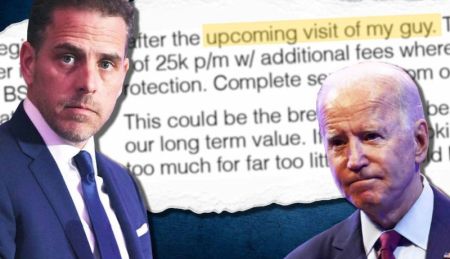 In all my decades as an expert in tax policy, not once have I ever come across a situation in which after the IRS and state tax department find absolutely nothing criminal in a tax return, an AG then turns around and says, “Oh, you didn’t find anything? Let us try.”

Indeed, while James and Vance continue to wage their witch hunt against President Trump, not a single Democrat AG or DA seems particularly bothered about Joe Biden — who despite not having a real job since 1973 is somehow a millionaire nearly 10 times over — or his son Hunter, who is under investigation over his tax returns and who is also suspected of prostituting his father’s influence to secure lucrative positions and business deals.

We’re well past those words. We are witnessing nothing less than the Sovietization of American society.

The Rule of Law has been replaced by the rule of the left, as extremist activists subvert the institutions and mechanisms of government and turn them into weapons with which to persecute their political opponents. All while leaving their political allies who have or may have committed crimes unmolested.

This is evident in more than just the targeted political persecution President Trump is facing from the New York AG and Manhattan DA. 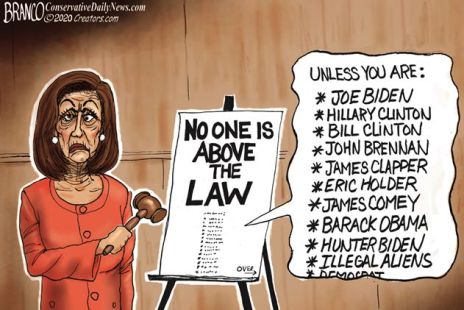 Individuals involved in the disturbances at the Capitol on January 6th have been described as terrorists by the media and treated as such by the FBI, while actual terrorists — the Antifa and BLM militants who have spent the better part of two years burning down buildings, attacking federal property, assaulting and trying to kill journalists, declaring breakaway republics inside American cities, and even murdering people — continue to be described as peaceful protesters and appear to go largely unpunished.

In perhaps their most egregious and blatant attempt at transforming America into a one-party state devoid of the Rule of Law, the Democrats recently tried to nationalize the election process, which would have made American elections about as free and fair as those in Russia and Iran.

Thankfully, not everyone in the Democrat Party supports this radical sprint towards totalitarian one-party rule.

Some still remember that true representative government and democracy always come from the bottom up, not the other way around.

The United States of America was once a shining beacon of liberty and justice for all. The promise of America was the promise of freedom and equal treatment under the law, and this nation was built by waves of settlers and immigrants seeking that promise.

Unfortunately, many in government are now betraying it.