BARONE: It's Time for Truth & Reconciliation on the Russia Collusion Hoax 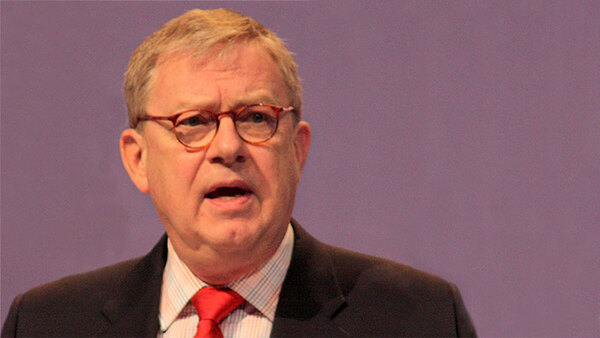 What are "the major problems this country faces"? Writing in The Atlantic, New York Times columnist David Brooks leads off his list with "inequality, political polarization, social mistrust" before concluding with the inevitable "climate change." Today's "inequality," he notes, is as "savage" as the inequality in the 1890s.

That was a decade in which the U.S. didn't have much of a welfare state safety net. Today, it does. As Phil Gramm and his two co-authors point out in "The Myth of American Inequality," government transfer programs have produced nearly equal incomes for the bottom 60% of earners and have all but eliminated poverty. That doesn't sound very "savage."

So, if inequality is not the problem Brooks suggests, what about political polarization? To denizens of Twitter, it seems agonizing, and you can argue that it's greater than in the 1990s when Brooks was a Weekly Standard colleague of Tucker Carlson, whose current audience he characterizes not entirely accurately as "affluent white Republicans."

Anyway, partisan divisions are inevitable in adversarial electoral politics and have been decried since George Washington's Farewell Address (1796) and Thomas Jefferson's First Inaugural (1801). Like Washington and Jefferson, Brooks places more blame on his political opponents than his political allies. "You may think one political party has gone crazy, and I will agree with you," he writes, in the safe assumption that it's not the party favored by his colleagues at The New York Times or the vast majority of their readers.

They're right to blame Trump and many of his supporters for claiming (inaccurately, as The New York Times and other publications invariably and correctly note) that the 2020 election was stolen and that the country would be better off if they confessed error and asked forgiveness.

But the country would be better off if Brooks' employer and colleagues and their many readers would also confess error and seek forgiveness themselves for the persistent election denial of leading Democrats, including the party's new leader in the House of Representatives, going back to 2000 and very much including 2016.

They should also seek forgiveness for a byproduct of that election denial, the Russia collusion hoax. This conspiracy theory, concocted by the Hillary Clinton campaign, was aided and abetted by leaders of the FBI and intelligence agencies, advanced by lies and misrepresentations by congressional Democrats, and reported with relish and credulity by much of the media.

Something in the nature of an admission of error came belatedly from New York Times executive editor Dean Baquet in August 2019, according to a transcript of a meeting with angry reporters and editors. Baquet said the paper was "a little tiny bit flat-footed" when special counsel Robert Mueller ended his investigation without confirming Democrats' constant charges of collusion with Russia.

"Our readers who want Donald Trump to go away suddenly thought, 'Holy s--t, Bob Mueller is not going to do it," Baquet said. "And I think that the story changed" -- the story that, as Baquet was careful not to note, the paper had been pursuing for months.

Aside from this, the current leaders of The New York Times and other major publications and networks have been unwilling to admit that they fostered a false narrative, beginning with the baseless charge that Russian bots had somehow swung the 2016 election to Trump.

In his review of Twitter files, reporter Matt Taibbi, whose roots are on the political Left, admitted that this charge was baseless. And so did left-leaning Twitter executives, in private, even at the time it was first made.

In response, Taibbi has called for a "truth and reconciliation process." Sounding like David Brooks, he writes, "The country is currently paralyzed by distrust of media that runs so deep that it prevents real dialogue." Then he goes where Brooks and his employer refuse to go, "That situation can't be resolved until the corporate press swallows its pride and admits the clock has finally run out on its seven years of loony Russia conspiracies."

Those on Brooks' side have constantly made the valid point that Trump's election denials poison the political atmosphere and cast doubt on the legitimacy of the government's leaders.

Exactly the same valid point can be made about those on his side for their election denial and promotion of the Russia collusion hoax. They made governance more difficult for an administration headed by an unusually erratic and unusually inexperienced president. In so doing, they made the country suffer.

It's time for them, as it has been time for Trump, to confess error and apologize. Are you game, David?

Columnist Michael Barone by N/A is licensed under N/A