GONZALES: Turns Out Trump Was Right on Border Security 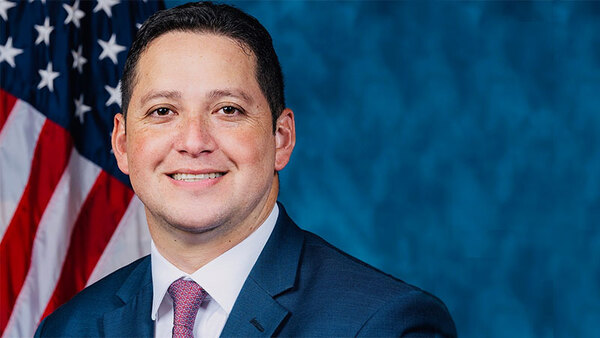 U.S. Rep. Tony Gonzales (TX) by N/A is licensed under N/A
The first step in returning order to the southern border is Border Security
By Congressman Tony Gonzales

Since the beginning of the Biden administration, border communities have been ground zero for the worst immigration crisis in U.S. history. Each day across our entire southern border, thousands of migrants willfully break our laws with no end in sight.

Unfortunately, the Biden administration has proven on multiple occasions to have little interest in upholding the rule of law and securing our southern border. Throughout their term, they have done nothing but reverse Trump-era policies, empower cartels, and put Americans in danger.

In contrast, under President Trump, constituents in my community felt safe to let their kids play in their backyards. High speed chases, drug busts, and property damages were few and far between.

Border Patrol agents were not overworked. This is because President Trump put America first and prioritized border security. He worked hard and implemented a fool-proof, robust border security agenda to make sure the border crisis was solved, and the results spoke for themselves.

The first step in returning order to the southern border is border security. Modeled after Trump’s border security plan, we must prioritize using Immigration and Customs Enforcement officers to their fullest extent, ending catch and release, and constructing barriers in key locations along the border.

With deportations plummeting nearly 70 percent since 2020 when President Trump left office, it is crystal clear that the Biden administration has done everything to abandon its mission to enforce our immigration laws. One of President Biden’s first actions was to issue a 100-day moratorium on deportations, followed by new ICE guidelines that granted immunity to most of the undocumented population.

This is a massive pull factor that has resulted in a record of 2.4 million apprehensions at our southern border.

The Biden administration has also placed a record number of migrants in the Alternatives to Detention program, also known as “catch and release,” which is a way to monitor asylum-seekers without having to incarcerate them. 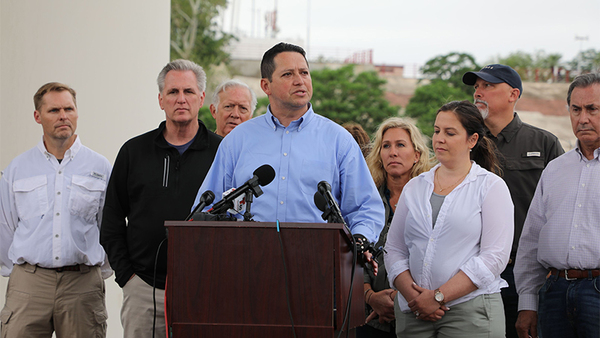 However, out of 104,171 migrants who were issued a notice to report (NTR) to ICE within 60 days, more than 47,000 failed to show up between March and August of 2021. During Trump’s presidency, migrants were returned back to their country of origin while they waited, making for a more efficient and safe system.

With the Biden administration’s dangerous policies, deadly drugs, weapons, and bad actors are flowing across the southern border. To prevent illegal crossings, Trump constructed over 400 miles of border infrastructure in high traffic areas along the southern border. In turn, illegal crossings decreased by 87 percent in areas where the wall was built.

While securing the border, President Trump also worked to disincentivize illegal immigration. President Trump implemented the Remain in Mexico policy to discourage migrants with unrealistic asylum claims from making the trek to our southern border. Since Biden recklessly stripped away this policy, migrants who claim asylum at our southern border, regardless of the strength of their claims, are provided with a loophole to live in the United States while their cases make their way through a bloated immigration court backlog.

Not to mention that before it was terminated, they discouraged the enforcement.

Furthermore, the Biden administration cancelled the Prompt Asylum Claim Review (PACR) which allowed asylum cases to be heard almost immediately, sending those who do not qualify for asylum back to their country of origin within days. When the PACR program was in place under Trump, nearly 40 percent of those who were in the program were in CBP custody for less than a week. Since Biden cancelled this program, wait times have extended to an average of 4.3 years.

My constituents elected me to Congress to put politics aside and deliver real solutions, including securing the southern border right in our backyard. We know what policies have curbed the problem, and which policies have exacerbated them.

Only when we acknowledge that President Trump’s solutions have been effective, and we work towards their reimplementation, will we be a step closer to a secure America.

I will continue to vigorously fight for the policies that will keep Americans safe. 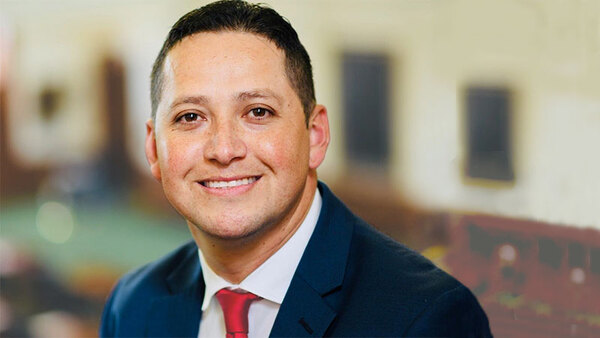 Congressman Tony Gonzales represents the 23rd Congressional District of Texas, which includes more of the U.S. Sourthern Border than any other District in Congress. A dedicated patriot with 20 years of military experience, Gonzales was abandoned by his father at the age of two months, and he has had to work hard to get ahead in life.