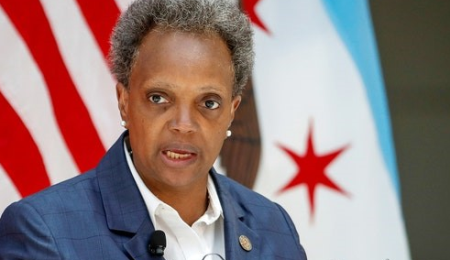 Chicago Mayor Lori Lightfoot has promptly been shipping off to the city's suburbs many of the same illegal immigrants she's criticized Gov. Greg Abbott about for bussing them to the "Sanctuary City" from Texas.. by N/A is licensed under N/A

"Neither Village elected officials, nor staff, were consulted or contacted about this."

WASHINGTON, D.C. (Texas Insider Report) — After the first two buses of illegal immigrants from Texas arrived in Chicago on Wednesday, August 31st – as part of Texas Governor Greg Abbott's response to the Biden Border Crisis along the nation's southern border – Chicago Mayor Lori Lightfoot said the "Sanctuary City" of Chicago would help welcome them and assist them in finding shelter, work and schools.

"We are a welcoming city. We are always going to step up and do the right thing to make sure that migrants coming into our city are well received, that they're supported," Lightfoot said.

The mayor reiterated those remarks Sunday afternoon, September 4th, as more migrants arrived at the Salvation Army and other City of Chicago shelters after being bused from Texas. 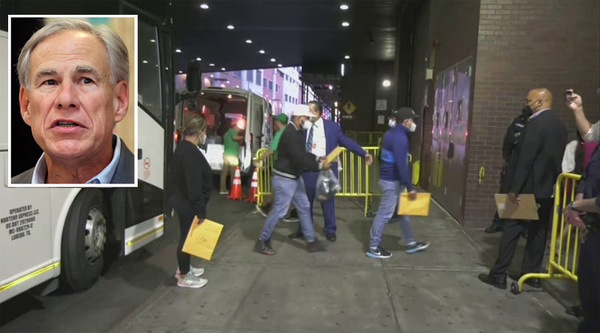 But now, it turns out, some of those immigrants sent to that "Sanctuary City" are being promptly shipped off and bussed to the Chicago suburbs by Mayor Lightfoot.

A group of over 100 migrants from the southern border have been transported and moved to temporary housing in suburban Burr Ridge after arriving in Chicago – which is a move that village officials there say they were not made aware would happen.

"On Wednesday, September 7th, the Village of Burr Ridge learned that 64 refugees – among many bussed to Chicago from Texas – were transported from the Salvation Army Shield of Hope in Chicago and assigned to temporary hotel housing in Burr Ridge," a village spokesperson told NBC 5 in Chicago.

"Neither Village elected officials, nor staff, were consulted or contacted about this decision, and we are now gathering information to keep our community updated."

The migrants are staying at a Hampton Inn in Burr Ridge, as well as in a Holiday Inn in Countryside, according to reporting by WGN-TV.

And Burr Ridge's Mayor Garry Grasso, a Republican, has previously said he would work to secure the border and "defund sanctuary cities," according to WGN-TV.

READ MORE:  Chicago Suburb Says It Didn't Know Dozens of Migrants Were Being Sent From Chicago as More Buses Arrived in City – from Chicago's NBC News 5

"My frustration comes from the actions of the governor of Texas," said Mayor Lightfoot last week.

"There could be a level of coordination and cooperation, but he chooses to do none of those things.

"Instead, he chooses to send human beings across the country to an uncertain destination. ​​​​He's manufacturing a human crisis, and it makes no sense to me," Lightfoot said.
Illinois Governor J.B. Pritzker has made similar comments, accusing the Texas governor of treating migrants "like cattle."
Gov. Abbott shot back at Lightfoot's comments on Twitter, saying the Chicago mayor was deflecting the blame to him – instead of where it belonged, on Democrat President Joe Biden.

"[Biden's] inaction at our border is putting the lives of Texans at risk & is overwhelming our communities," said the Texas governor in a @GregAbbott_TX tweet. 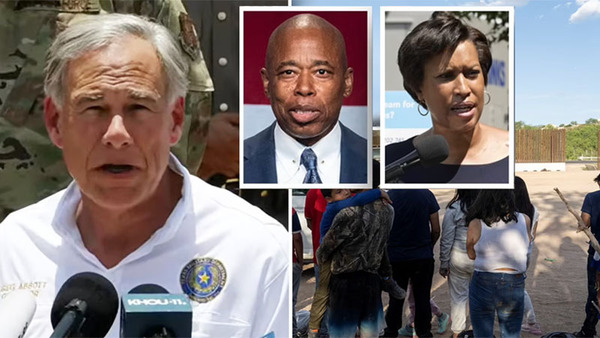 "Texas is doing Biden's job to secure the border."

The Illinois Department of Human Services said in a statement to NBC 5 Thursday:

"We are working with not-for-profits, along with Federal, City, and County Officials – and our sister state agencies – to ensure that every single individual is treated with respect and dignity as they seek to build a new life for themselves and their families.

"Many are receiving temporary shelter in urban and suburban hotels that have provided refuge for vulnerable families from Afghanistan and other parts of the world.

"We are grateful for the hospitality and care they have received from individuals and organizations across Illinois, and will continue taking action to ensure everyone in Illinois has access to shelter, food, healthcare and other basic essential supports."

According to city officials in the suburb of Burr Ridge, however, the migrants are expected to remain in the "temporary housing" located in the suburb "over the next few weeks, but ultimately move on no more than 30 days from this date."

"Mayor Lightfoot is attacking Texas instead of addressing the real cause of the border crisis: Joe Biden," said Abbott in a September 5th Tweet.

"Mayor Lightfoot loves to tout the responsibility of her city to welcome all regardless of legal status, and I look forward to seeing this responsibility in action as these migrants receive resources from a sanctuary city with the capacity to serve them," Abbott said last week.

The Illinois Department of Human Services says that the state has only received some 300-odd migrants, refugees, asylum seekers and immigrants from Texas to date – which represents a small fraction of the total numbers of illigal immigrants flooding over the South Texas Border every day.


Chicago Mayor Lori Lightfoot has promptly been shipping off to the city's suburbs many of the same illegal immigrants she's criticized Gov. Greg Abbott about for bussing them to the "Sanctuary City" from Texas.. by N/A is licensed under N/A