SCHLICTER: Pull Your Head Out of Your Pelosi – Our Nation Is Under Attack!

Stop Assuming the Legitimacy of the Corrupt Swamp Establishment

Let me save them some time, since they are no doubt still waiting for those elusive and secret facts that are going to make this latest round of targeting our president A-OK. 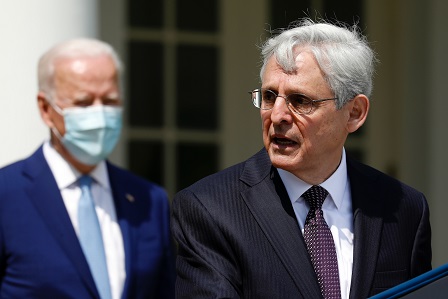 This was an atrocity, a disgraceful, disgusting, and dangerous escalation of the War on the Normals by our enemies designed to frame Trump and send a message to his supporters that we are 2nd Class Citizens.

There’s no hidden, secret Trump crime that the garbage FBI and the garbage DOJ are investigating. They spent the last six years trying to frame Donald Trump, but right – this time it’s for realsies!

It would only be too perfect if it really was over possessing classified info, which apparently is illegal again now.

Here’s the truth – it’s all a lie designed to make sure President Trump can never be elected again and finish what he started.

I know it. You know it. They know it. But some Republicans refuse to accept it.

Instead, they still fall for this nonsense, pretending that there’s no way a government agency could be politicized and weaponized. These lumps stand watching the norms get tossed into the furnace while somehow convincing themselves that we all have to pretend the old rules are still in effect.

“Why,” says the blue-pilled GOP senator, “the FBI is a respected organization full of good apples with a dedication to truth and justice and despite its sordid track record of lies, corruption, incompetence, and an all-around willingness to shrimp the toes of the leftist ruling class, I will totally assume that this time, unlike all those other times we were promised the walls were closing in, that the ruling caste is not trying to eliminate its enemies!”

When Andrew Freakin’ Cuomo is more based than you, you suck at being a Republican. But, on the plus side, this event helps separate the based wheat from the Fredocon chaff.

I want to thank Senator Tim Scott, a legit all-around nice guy, for totally disqualifying himself as a Republican candidate for the presidency that he inexplicably thinks he’s going to run for. He goes on CBS – strike one! – the morning after the most vicious attack by the Deep State on our democracy in living memory and says – on purpose – that “We need to let this play out and see what happens.”

Here’s what we need someone to say:
“Those bastards are trying to frame Trump again and they are going to pay for it.

"We’re going to take the House and the Senate and the FBI will not get one single dime out of us. We will defund and dismantle this disgrace. What are your questions about how we will take our revenge?” 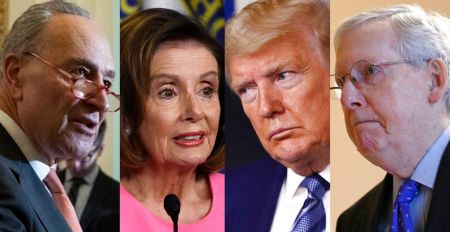 And then there’s Mitch McConnell, who I have often thanked for keeping that creep Garland off SCOTUS and defended as the Senate’s greatest knife fighter. But all fighters eventually retire. Boy, the Murder Turtle is on one hell of a losing streak. This guy, our alleged ranking Republican leader, cannot even spare a “I think that’s bad” when the Democrat administration sends guys with guns to raid the home of the leading GOP presidential candidate? This sour old relic, who was once feared but is now laughed at, is screwing up everything he touches. Did someone spike his prune juice with dumbass pills?

This is not the time to assume the best of a bureaucracy that has reliably delivered only the worst for years. There’s a clock, GOP – see what time it is? Get based. Gobble the red pill.

Pull your head out of your Pelosi and understand – Our Republic is under attack.

The norms are gone.

The people you want to give the benefit of the doubt to want to give you and your base the benefit of a gulag. How many times does Trump-appointee Christopher Wray have to mock you and laugh at you as he lies through his teeth to you in your oversight committee sessions before you get it?

These are bad people.

There are no good apples – Stop embracing the comforting lie that everything is fine and that these Deep State dwellers deserve our trust and respect.

They deserve nothing but contempt and disbandment, and take notice you GOP soft-boy saps – if you don’t have the stones to loot, pillage, and level the organizations that have taken the lead in oppressing your base, then we will elect people who do.