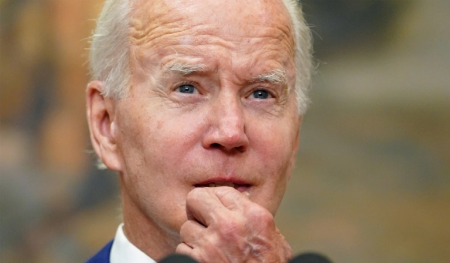 President Biden appears to be confused about the causes of inflation, as he speaks to the press from White House's Roosevelt Room on Tuesday, June 21st, 2022. by N/A is licensed under N/A

WASHINGTON, D.C. (Texas Insider Report) — In the aftermath of a soaring inflation report released two weeks ago – showing that June's prices were rising at their fastest rate in over 40 years with inflation reaching its highest level since 1982 – the Federal Reserve Bank announced earlier today it had increased interest rates by another three-quarters of a percentage point, and would continue its aggressive campaign of interest rate hikes through the end of the year. Bank officials also signaled that more rate increases are on the way, stating it "anticipates that ongoing increases... will be appropriate."

The Federal Reserve raised its pivotal short-term interest rate by 0.75% for the second consecutive month in an attempt to curb the escalating rate of inflation, which topped a 9% for the 12-month period ending in June. June’s CPI Report was worse than expected, showing that Consumer Prices were 9.1% higher than the year before.

The interest rate hike – the largest since 1994 – is designed to raise the cost of borrowing all across the economy in order to reverse the rapid rate of inflation increases which began occuring during the Biden presidency.
As of mid-June, the central bank's leaders said they expected interest rates to rise further in the near future, perhaps by as much as another full percentage point before the end of the year.
The Fed's tightening of monetary policy, the most rapid in decades, also sent financial markets reeling and increased the risk the United States will fall into a recession.
It is the fourth rate hike this year. The relevant rate, called the Federal Funds Rate, now stands between a range of 2.25 to 2.5%, 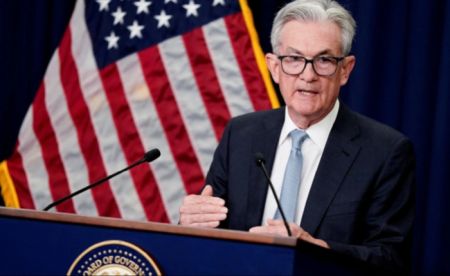 During a press conference announcing the interest rate increase, Federal Reserve Chairman Jerome Powell told reporters that another "unusually large" rate increase could take place at the bank's next, or in future meetings.

He admitted the path to a "soft landing" is getting increasingly narrow, and could get narrower still.

As to whether the Fed will continue with steep rate increases, Powell (left,) said:

Attempting to soften the blow of increased rates, Powell noted that the Fed is taking a "bold" approach to restraining inflation, adding that inflation “can’t go down until it flattens out.”

When asked whether he agrees with President Biden’s assessment that the economy is not headed towards a recession – despite GDP being poised to shrink for a 2nd consecutive quarter with the release of Thursday’s economic growth data – Powell said, "We're not trying to have a recession, and we don't think we have to."

Previously, Powell – who was recently sworn into a second term after Biden re-nominated him to the chairman’s post – had said the Federal Reserve would do “whatever it takes” to curb inflation, with the bank signaling more rate hikes were likely to come. 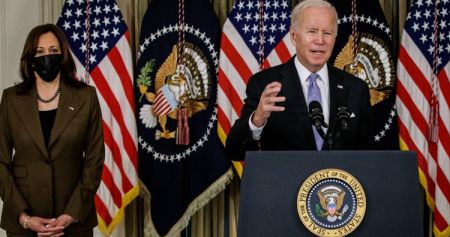 Additionally, the Biden Administration’s difficulties resolving supply-chain problems have been identified by economists as leading to a scarcity of goods and, thus, inflation.

The ongoing shortage of semi-conductor microchips in electronic products, as well as the port blockages (i.e., at the Port of Los Angeles through which flows 37% of U.S. imports,) and most recently a baby formula supply shortage across the nation have prompted public outcry, leading the the Biden White House to try to intervene.


President Biden appears to be confused about the causes of inflation, as he speaks to the press from White House's Roosevelt Room on Tuesday, June 21st, 2022. by N/A is licensed under N/A