Normally, when I sit down to write column, I have one subject in mind and focus on that. Today, it's different. I’ve been sitting around trying to think of one topic, but this week has given me too many – far too many things that make no sense or are completely stupid that I can’t get out of my mind.

So I’m going all buffet-style today, loading up the plate with a little from each because it seems like the whole world has gone mad.

First, the idea that Joe Manchin and Kyrsten Sinema “changed their minds” on setting another several hundred billion dollars on fire to subsidize the businesses of left-wing donors is absurd. Two weeks ago, these “moderates” vehemently opposed “Build Back Better” because it taxed and spent too much. Now that it’s called the “Inflation Reduction Act,” it’s game on. Anyone believe this was an honest conversion? 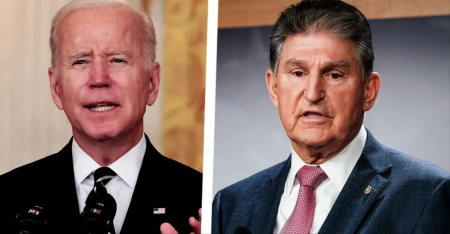 There is no discussion about what it took to make this change, it’s all about how this could “save” the Biden administration and will give something for leftists to get excited about in the midterms. That’s actually true. It’s also the worst reason for any elected official to support a piece of legislation or anything. It happens a lot, but that doesn’t make it right.

These Democrats are supporting something they know will damage the economy and hurt Americans because it will rally the base of the Democrat Party and decrease their odds of losing control of Congress. How afraid of subpoenas about Hunter and the family business must the Biden administration be?
One last note: Joe Manchin has never been the decision-maker when it comes to preventing Democrats from passing a piece of legislation. For all the talk of his willingness to stand up to his party, he’s only ever sided with Republicans when something was going to happen without him – a nominee was going to be confirmed anyway or a bill passed or not. The idea that he’s independent is a myth he created to help Democrats, so they could say, “Even Manchin is on board” to be able spin something radical as centrist. None of this is by accident.

Next, monkeypox. If Democrats wanted as many gay men to get sick as possible, I’m not sure what you’d do differently than what they are doing with monkeypox. There’s really only one way to have a significant chance of getting it, and liberals won’t advise gay men to take a couple of weeks off random, anonymous sex with multiple partners so the virus stops spreading.

Monkeypox is just about as easy to avoid as stepping into a bear trap on a sidewalk at noon on a sunny day. Why won’t Democrats simply speak the truth about it? You have to think they hate gay men or have no faith in their ability to control themselves to avoid a painful infection. Sex columnist Dan Savage, according to the Washington Post, has an answer that might suggest an answer. The Post reported Savage “is taking his own advice, limiting sex to his husband and his boyfriend.” He’s also didn’t attend a famous gay street orgy in San Francisco this year. Not sure that meets my definition of “sacrifice,” but at least he probably won’t catch the virus.

That Schumer/Manchin “tax and pay off liberal donors” bill contains a provision to hire 87,000 new IRS agents. You hear a lot of people talking about that, and it’s horrible. But I have to point out a couple of things about it.
That money will be spent no matter what, but there’s no way it will actually be collected because the potential agents don’t exist (nor does the fraud on that scale).

On paper, however, it all balances. If they did this in the private sector they’d all go to prison for fraud. Since they are government, they can commit this kind of fraud anytime they want without consequence, at least to them. This is inflationary and what Joe Manchin is supporting while claiming it will lower inflation.

So don’t live in fear of 87,000 IRS agents coming to get you, live in fear of a government able to lie so freely, without concern of being caught, about spend even more money they’ll print at a time of massive inflation. And never forget the Democrats doing it, and the media happily going along with it. They’re doing more damage to the country than a million IRS agents could ever do.

Lastly, I don’t get conservatives upset that Nancy Pelosi went to Taiwan. I don’t want war with anyone, but I’m not willing to have our country exist at the mercy of tyrants, bowing to their will because we might offend them and they could do something horrible or provocative.

I understand the desire to look at everything the Speaker does with a jaundiced eye, she’s a bad person and all politicians should be viewed skeptically. But the Speaker of the House, no matter who it is, should be free to visit our allies. Frankly, Kevin McCarthy should’ve insisted on going with her.

The saber-rattling by China is mostly for domestic consumption, Xi Jinping is looking to solidify his hold on power for another term as party leader. Being seen as standing up to the US will help him with the Chinese Communist Party, helping him tighten his grip, likely for the rest of his life.

If Neville Chamberlain taught us anything it’s that appeasement emboldens your enemy. If Pelosi hadn’t gone, if Biden had successfully prevented her from going, Xi would have won. You don’t need to be needlessly provocative, but you also can’t live your life in fear of provoking tyrants.

The real problem conservatives should have highlighted is how China has no fear of our military because, thanks to Joe Biden and Democrats, its focus isn’t protecting the United States from our enemies, but making sure everyone uses the proper pronouns, that sex changes are paid for, and no one is spoken to in a mean way. We should be more concerned that we’re well on our way to being unable to win a war against Canada, let alone China.

That needs to be the focus.

Anyway, like I said, I had a lot on my mind as I sat down to write this, so thank you for indulging me. Every once in a while you have to ask if the whole world has gone crazy, and you always have to be open to the possibility that it’s just you. 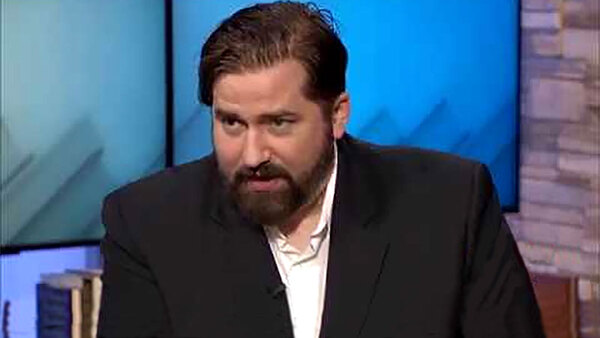 In this case, I’m pretty sure it’s the world.